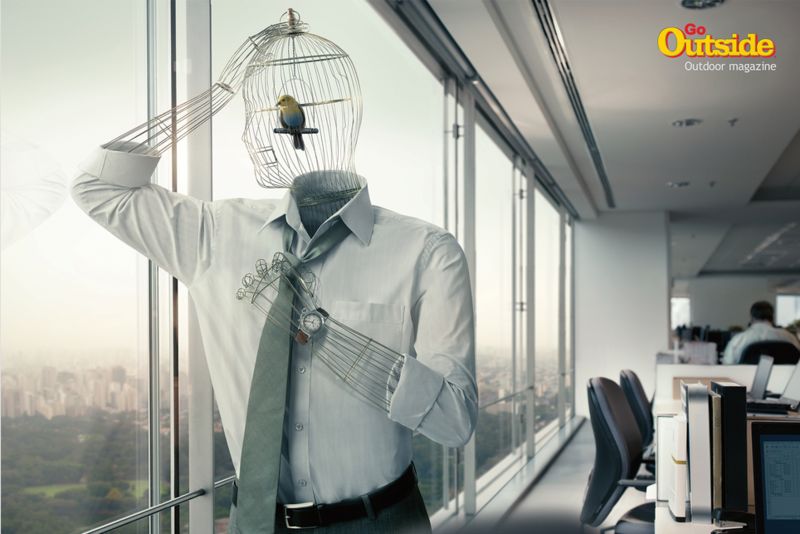 Meghan Young — July 24, 2014 — Pop Culture
References: thetalentbusiness & adeevee
Share on Facebook Share on Twitter Share on LinkedIn Share on Pinterest
The Go Outside Outdoor Magazine campaign focuses on caged human ads in order to urge people to, essentially, go outside. It does so by envisioning people as living bird cages. Although the imagery is entirely surreal, it sends a powerful message that is hard to ignore. Perfectly timed, people looking out of their office windows.

Conceived and executed by Talent, an ad agency based in São Paulo, Brazil, the Go Outside Outdoor Magazine caged human ads were art directed by Bruno Trad with creative direction by Philippe Degen and Eduardo Martins. The imaginative images were shot by Daniel Klajmic, Deluxe Photo, Diogo Freire and Boreal Studio, while the latter retouched them to focus on a sadder narrative.
4
Score
Popularity
Activity
Freshness
Get Better and Faster