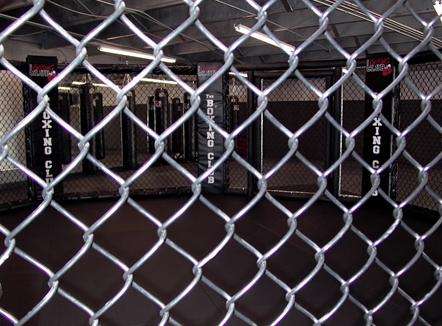 jodie anderson — March 20, 2009 — Life-Stages
References: dallasnews
Share on Facebook Share on Twitter Share on LinkedIn Share on Pinterest
Principals are supposed to break up fights, but records show that South Oak Cliff High School actually sent troubled students into a steel utility cage in an athletic locker room to battle it out with bare fists and no head protection.

The alleged cage fights took place between 2003 and 2005, but the principal David Moten has denied any wrongdoing.

“It was gladiator-style entertainment for the staff,” said Frank Hammond, a middle school counselor in Cedar Hill, who was fired from South Oak Cliff High School and has filed a whistleblower lawsuit.

Investigator Michael Hinojosa confirmed that there were “some things that happened inside of a cage” but criminal charges were not filed.

Wow, I thought my school was rough, but this takes it to a completely new level!
1.4
Score
Popularity
Activity
Freshness
Get Trend Hunter Dashboard