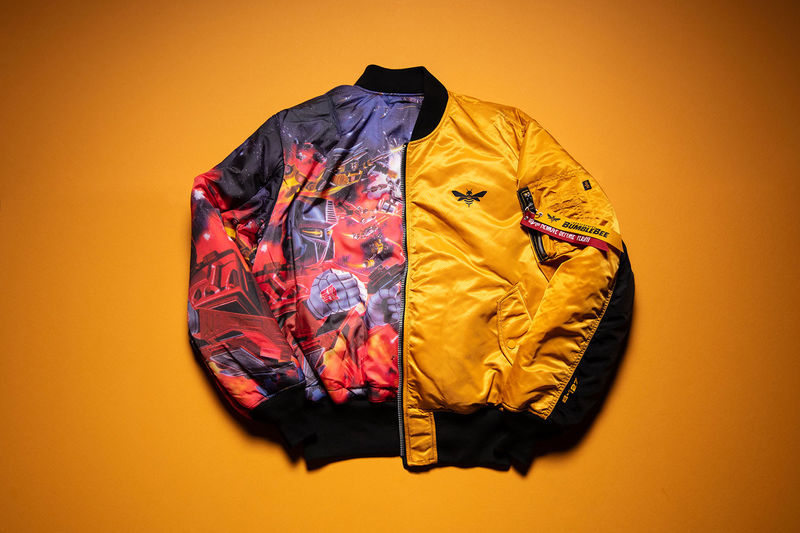 Amy Duong — July 25, 2018 — Fashion
References: mailchi.mp & hypebeast
Hasbro works in collaboration with outerwear label Alpha Industries on a Bumblebee Flight Jacket to celebrate the highly anticipated drop of the Transformer Bumblebee film that's set to come out later this year. The two rework the signature Alpha Industries MA-1 flight jacket. The design aesthetics are split down the middle of the piece. One side is finished in a Bumblebee-influenced yellow colored shell while the other side sees Transformers graphics in a contrasting color palette of black, purple, and red.

The Bumblebee flight jacket sports an embroidered logo details at the chest in addition to an additional zipper pull to nod to the film. It can also be worn in reverse and boasts the iconic black ribbing detail at its hem, cuff, and collar. The limited edition piece will be available for pre-order on October 15th online at Alpha Industries and dropping generally on October 25th.
6.1
Score
Popularity
Activity
Freshness