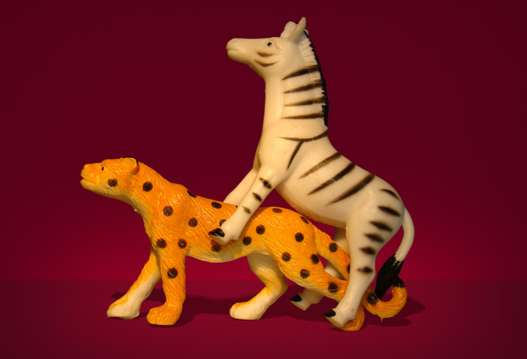 With little risk of designing anything that looks too graphic, the Creative Drops advertising agency of India took a plastic zebra, a cheetah, an elephant, a giraffe, a caribou and a lion and placed them against plain backdrops. The creatures are paired up, with two per print, evidently placed in mating positions.

The tagline of this BulGa Oil campaign reads "Twist a story over a spray," inviting all inhibitions to go during times of intimacy. The massage oil which promises to increase your libido and sex drive is highlighted in the wild inter-species attraction between unlikely four-legged lovers.
4.5
Score
Popularity
Activity
Freshness
Get the 2021 Trend Report FREE