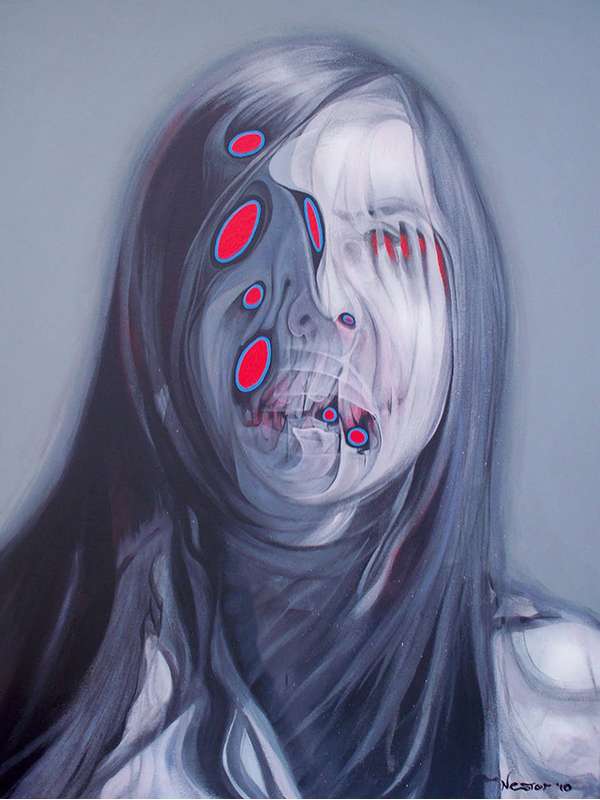 Meghan Young — July 15, 2011 — Art & Design
References: buddynestorartwork & todayandtomorrow.net
Share on Facebook Share on Twitter Share on LinkedIn Share on Pinterest
Buddy Nestor's latest art project is pretty darn creepy. In fact, it may have been more suitable had it been released around Halloween rather than mid-summer. Although Buddy Nestor himself describes it as "spiritual x-rays," to me, there is a zombielike quality to each of these portraits, as though the female subjects are possessed and rotting from the inside out.

Born and raised in Collingswood, New Jersey, Buddy Nestor was always fascinated by TV shows and movies, but gravitated toward strange cult and horror films. During the late 80s and early 90s, he also took up skateboarding as a hobby. This sport exposed him to punk, indie, and heavy metal music. These interests influence his artwork, even to this day. Buddy Nestor's female portraits look as though they belong in a horror film.
2.4
Score
Popularity
Activity
Freshness
Access Advisory Services

Typographic Illustrations
These Keira Rathbone Typewriter Artworks are Sure to Inspire