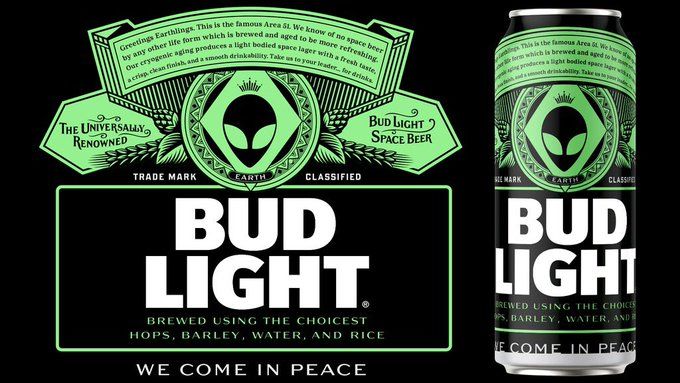 On Twitter, Bud Light humorously offered free beer to any alien that managed to escape Area 51. This tweet resonated with social media users, prompting the beer brand to tweet an image of a potential limited-edition label, that would get released if it received 1,000 retweets. This clever campaign resulted in over 51,000 retweets, from fans who were eager to see the green, alien-clad label on the market.