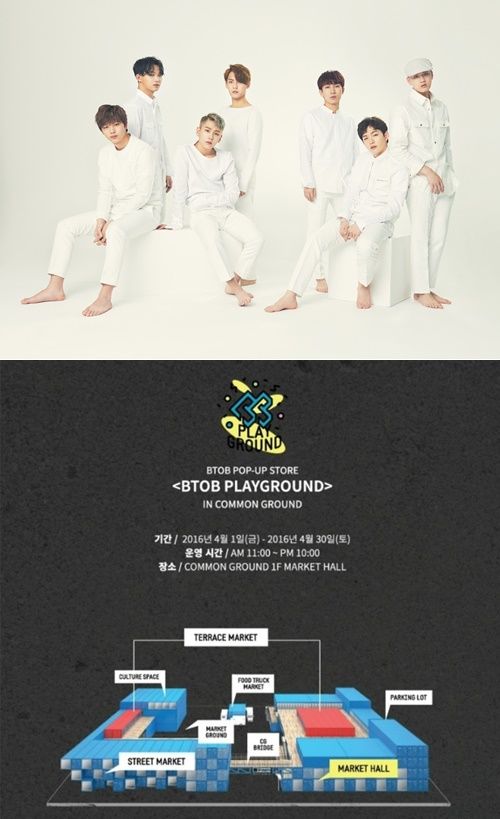 Katherine Pendrill — May 13, 2016 — Pop Culture
References: common-ground.co.kr & mwave.interest.me
To celebrate their comeback and the release of their eighth mini album, the popular k-pop group BTOB opened a pop-up shop called BTOB PLAYGROUND. Unlike other genres of music, k-pop has spawned a unique fan culture that includes everything from branded merchandise to reality shows. This latest pop-up is another example of the growing demand for musician-branded merchandise in South Korea.

The BTOB PLAYGROUND pop-up was housed inside Seoul's Common Ground mall and it ran from April 1st to April 30th. The pop-up not only sold the band's newest album, but it also sold branded merchandise such as dolls, magazines and calendars. To pop-up also included interactive elements such as a sticker photo machine and an album signing event. These different elements that helped to turn the store into a social setting where fans of the band could meet and interact with one another.