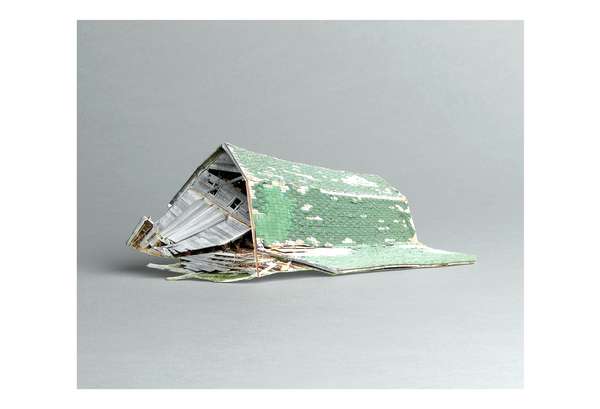 Meghan Young — August 6, 2011 — Art & Design
References: ofralapid & todayandtomorrow.net
The Broken Houses series looks so realistic that it's hard to believe these structures aren't the real deal. Although homes have been moved impressive distances before, this was not the case with these residences. Instead, the Broken Houses series depicts mini models of real homes.

Created by Ofra Lapid, who lives and works in Tel Aviv, the Broken Houses series is based on photographs taken by an amateur photographer from North Dakota who tirelessly documents abandoned structures, which have been neglected by man and destroyed by the weather. These mini models give a new perspective to the destroyed homes. Instead of focusing on the surroundings that contributed to this decay, viewers can focus on the structures that suffered due to this environment.
1.1
Score
Popularity
Activity
Freshness