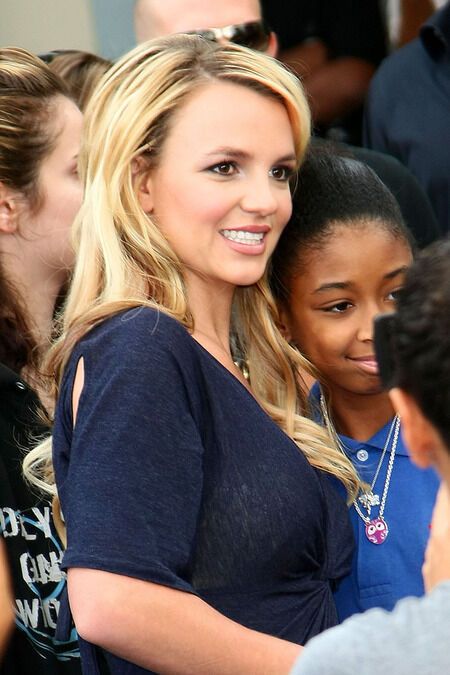 Marissa Brassfield — October 4, 2008 — Pop Culture
References: thesuperficial & suntimes
Share on Facebook Share on Twitter Share on LinkedIn Share on Pinterest
It's no secret that Britney Spears hasn't been her trainwrecktastic self lately--she's buckled down, toned up and recorded a hot new single that's so strong, RCA is rush-releasing her album 'Circus' to ride the 26-year-old's recent wave of good luck. But Britney Spears has a few more tricks up her sleeve: She wants to release a workout video.

We've heard the Britney Spears workout video rumors before. Way back in 2005, just after Spears had just given birth to her first son, Britney wanted to produce a post-pregnancy video series for new moms. Unfortunately, between having a second son, regular visits with social workers after some egregious public parenting lapses in judgment, getting divorced, and publicly flashing her Britney, Spears hadn't the time or mental stability to pencil in workout video shoots.

Looking through the photos in this gallery, however, Britney Spears has entered a new and happier chapter of her life. We haven't seen Spears look this good in months, and her timing couldn't be better--Britney Spears' video for her brand new single "Womanizer" will debut on the October 10th episode of 20/20. If you haven't heard the song yet, check out the video to listen.

Britney Spears' workout video is likely to focus on her love of dance; it is, after all, how she got back into such stellar shape. Her album 'Circus' will debut on her 27th birthday, December 2.
3.1
Score
Popularity
Activity
Freshness
Get Trend Hunter Dashboard