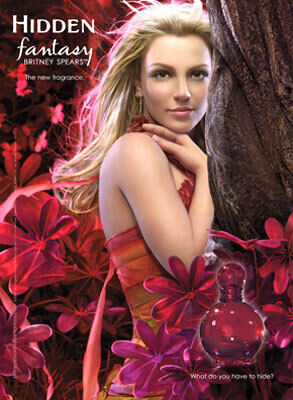 Ayman — October 13, 2008 — Marketing
References: popcrunch
The Britney Spears comeback seems to be in full force these days. In addition to the spanking hot Womanizer video, Britney Spears has released these teaser ads for a new perfume, “Hidden Fantasy”.

Britney Spears will release ‘Hidden Fantasy’, a cherry-themed spin-off from her best-selling scent, Fantasy, in December alongside her new album, ‘Circus’.

These teaser ads use images by photographers Markus Klinko & Indrani from Britney Spears’ Onyx Hotel Tour shoot back in 2004.

However, Britney has shot new ads for ‘Hidden Fantasy’ that will be unveiled later. And if her body in the music video for Womanizer is any indication, they're gonna be extra hot.
5.6
Score
Popularity
Activity
Freshness