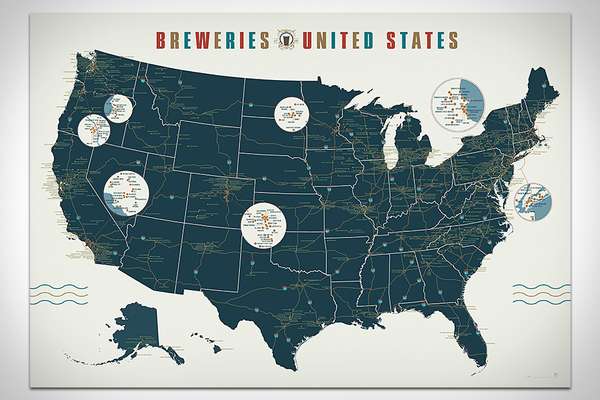 The 'Breweries of the United States Map' Pins Down Lager Locations

This diagram, coming in at over 7 square feet, is the perfect gift for both men and women who possess a passion for pints, bottles and all things chilled. And for those who wish to engage in a cross-country tour, the Breweries of the United States Map actually hones in on malt liquor hubs, displaying breakout circles for regions like New York, Denver and Seattle. Pop Chart Lab has also assured the simple access to these spots as the diagram delineates nearly every major highway imaginable.
2.8
Score
Popularity
Activity
Freshness
Get the 2021 Trend Report FREE