Cheese Made of Breast Milk 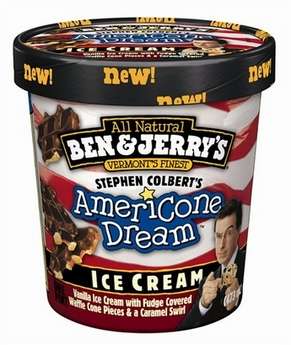 "The fact that human adults consume huge quantities of dairy products made from milk that was meant for a baby cow just doesn't make sense," Tracy Reiman said. "Everyone knows that 'the breast is best,' so Ben & Jerry's could do consumers and cows a big favor by making the switch to breast milk."

Ben and Jerry's answered with, "We applaud PETA's novel approach to bringing attention to an issue, but we believe a mother's milk is best used for her child."
3.5
Score
Popularity
Activity
Freshness
Jeremy Gutsche Keynote Speaker