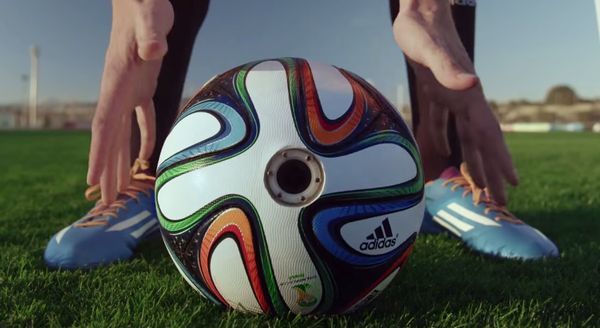 Up until the 2014 FIFA World Cup is kicked off in Brazil next month in June, Adidas will be handing over the camera-loaded Brazuca ball to some of the top players in different countries all over the world.

Capturing a unique 360º view, the video footage captured will be live streamed from the perspective from the ball itself as it goes on this journey. To share all of what it sees, the Brazuca soccer ball has been given its own Twitter handle, @brazuca, where it tweets in both English and Portuguese.