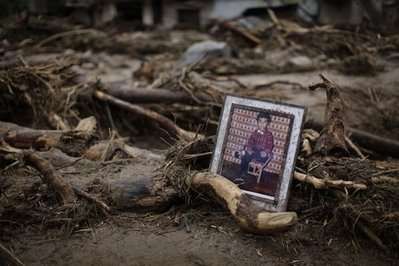 The Deadly Brazil Flood is Captured in These Photos

Photographers captured these horrifying moments, which have left the country of Brazil on its knees. The photos in the gallery bring those not in Brazil face-to-face with the turmoil that has happened.

In turmoil and disaster, there is always beauty as people come together to help each other through hard times. Art is one of many means of doing so, as artists capture emotions that are often difficult for the every day person to express. These photographs translate the realities of this tragedy with a ray of hope for what is to come.
2.2
Score
Popularity
Activity
Freshness
Get Better and Faster