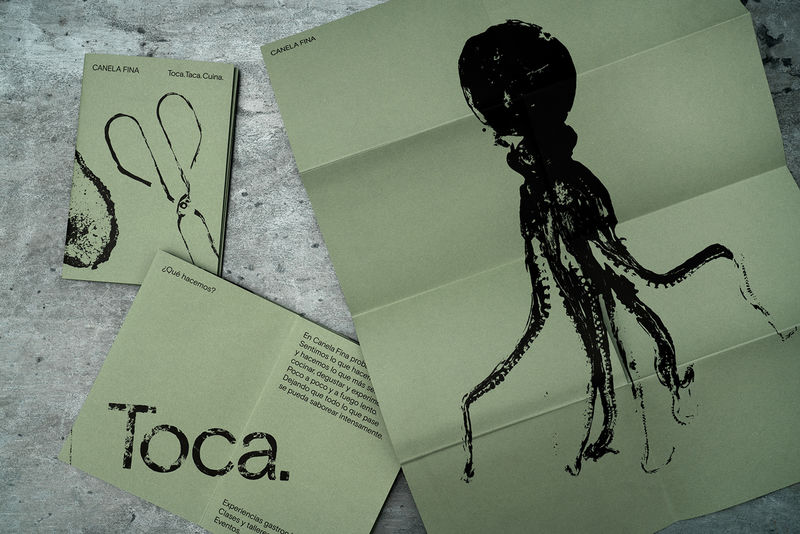 Motivated by the value of the experience of Cuina Canela Fina, as well as the essence of gastronomy, the creatives build an identity out of the concept of "stains." Embracing what-some-might-argue as an unpleasant side-effect in the art of cooking, Carlos Bermúdez and Pràctica create strong, vibrant and modern brand imagery. Valuing simplicity over everything else, the designers utilized a single artistic procedure in the development of Cuina Canela Fina's identity -- Gyotaku, which is "an old Japanese printing technique that uses physical elements as printing plates."