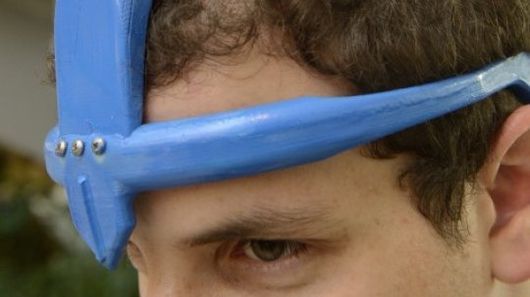 Rahul Kalvapalle — June 22, 2015 — Tech
References: hub.jhu.edu & gizmag
The STIMband is a headband, developed by a group of graduate students at Johns Hopkins University in Baltimore, that is designed to provide non-invasive brain stimulation to people suffering from Parkinson's disease. The headwear helps reduce the severity of symptoms without requiring a visit to a hospital.

The current prototype band can work for up to 20 minutes per day. It is worn on the head much like a baseball cap and is fitted with an elastic band that stretches to fit the wearer's head.

Parkinson's disease affects as many as a million people in the United States of America alone and around seven million worldwide. The disease cannot be cured, with symptoms worsening over time. The STIMband may not cure the disease, but by relieving symptoms, it can enhance the quality of life of Parkinson's disease sufferers.
4
Score
Popularity
Activity
Freshness