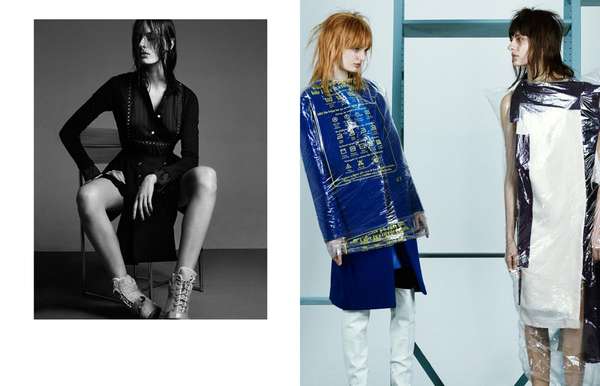 Meghan Young — May 16, 2012 — Fashion
References: bon.se & fashiongonerogue
Share on Facebook Share on Twitter Share on LinkedIn Share on Pinterest
If everyone looked as glamorous as these models in front of their TV sets, people probably wouldn't feel so bad wasting away the time watching them; nevertheless, the Bon Magazine 'Television' editorial is far from realistic. First of all, it has a retro-futuristic fashion look that is hardly embraced by the masses. Secondly, there is an artfully disheveled touch to each look that few can achieve.