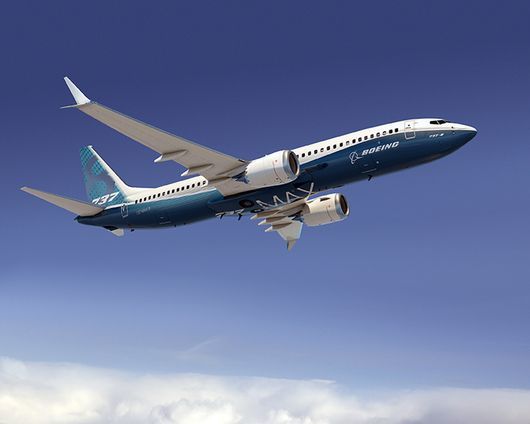 Rahul Kalvapalle — June 4, 2015 — Autos
References: boeing & gizmag
Share on Facebook Share on Twitter Share on LinkedIn Share on Pinterest
The Boeing 737 MAX is a single-aisle airplane, the assembly of which is currently underway, that is slated to replace the Next-Generation 737. This airplane offers improved cabin comfort, more space for cabin luggage and significantly better fuel economy, all while keeping operation costs down.

This aircraft promises reduced noise and emissions, expanded range and 20 percent lower fuel consumption. Its maximum range is estimated at 6,482 kilometers, a jump of over 1,000 kilometers compared to the Next-Generation 737. The aircraft is set to be ready for delivery in 2017, with more than 2,700 orders already being placed by various airlines.

The Boeing 737 MAX marks the next step in the evolution of passenger air travel. This aircraft shows that improved performance does not have to come at greater financial cost or at the cost of harming the environment.
6
Score
Popularity
Activity
Freshness
Get the 2021 Trend Report FREE