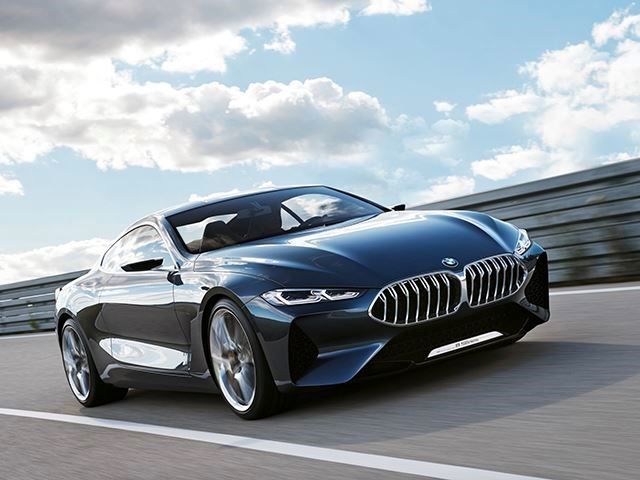 Michael Hines — May 26, 2017 — Autos
References: bmwusa & carbuzz
Share on Facebook Share on Twitter Share on LinkedIn Share on Pinterest
The BMW 8 Series Concept has just been revealed, and it's sure to make Mercedes-Benz take notice. The 8 Series Coupe has been out of production since 1999, but in an effort to boost sales the Bavarian automaker is bringing it out of retirement. However, it won't go on sale until 2018, and this current model is merely a design concept. That means no engine details or any other hard figures were released along with these photos.

Still, what these photos show seems promising. The BMW 8 Series Concept has an aggressive front end, massive 21-inch wheels and a luxurious, future-forward interior. There's no word on how much it'll cost, but expect BMW to price it well over $100,000 when it finally hits dealer lots.
5.5
Score
Popularity
Activity
Freshness
Get the 2023 Trend Report FREE