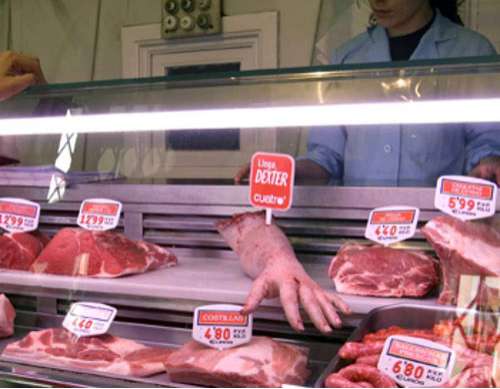 As evidence of that, refer to this guerrilla ad campaign concocted by the Kitchen agency to raise the profile of the series in Madrid, Spain.

As part of that marketing campaign, faux dismembered arms with a little sign stuck in them that says, â€œDexterâ€ have been planted among the meat in butcher shops throughout Madrid.

This line of marketing is very effective because it has a very high shock value. But it is still damn bizarre.
5.7
Score
Popularity
Activity
Freshness
Get the 2021 Trend Report FREE