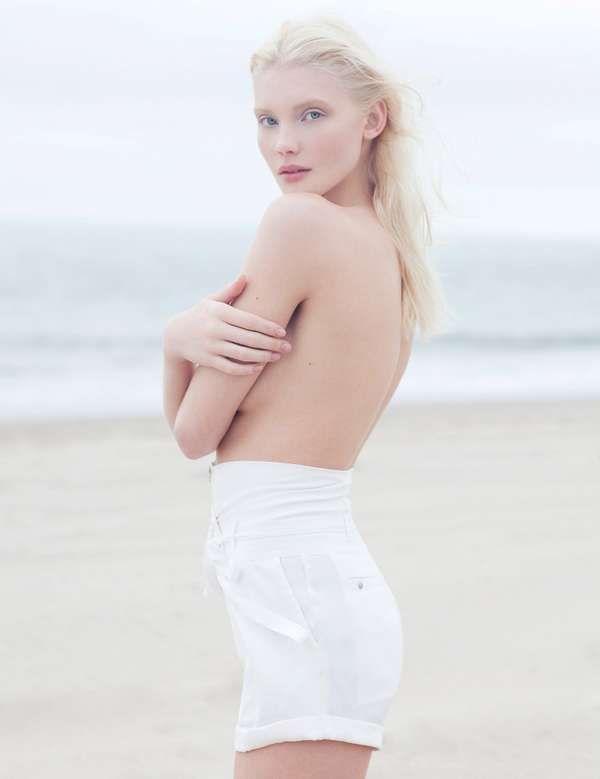 The star of the editorial, Daria Zhemkova, is a veteran model represented by top agency IMG and is coming off of a successful appearance in the BCBG Spring/Summer 2011 catalogue.

For this shoot, Daria Zhemkova teamed with New York-based photographer Paul de Luna, and he does a fantastic job of capturing innocence, sensuality, and seduction in Zhemkova's eyes and face in every shot. Clad in a diverse array of outfits from top fashion brands like Alexander McQueen, Lanvin, Vivienne Westwood, and Stella McCartney, Daria Zhemkova is the model of organic elegance.

My favorite photograph in the collection features Daria Zhemkova in a white dress, lying on the grass, her soft eyes gazing at the camera. The perfectly encapsulates the spirit of this editorial -- understated, alluring, and wholesome.