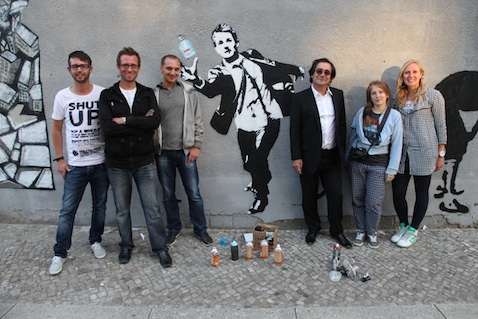 Not too long ago, HUGO Create announced a contest that would bring five winners to Berlin for a chance to paint their piece with the man himself, Blek le Rat. Now the Blek le Rat HUGO Man Competition Winners have been revealed; and they don't disappoint. The individuals are Chet Slater, Willemijn van Eeghen, Benjamin Vielhauer, Monica Murgu and Alex Morgun from Ukraine. These talented artists showed off original works that are aesthetically pleasing, intelligent and do this form of graffiti sweet justice. Of course, Blek le Rat got involved and painted a new stencil, demonstrating that he hasn't lost his touch after all these years.

The contest has clearly displayed that street art has a place in the artistic community. Hopefully HUGO Create will continue this competition in the future.
2.9
Score
Popularity
Activity
Freshness
Get Trend Hunter Dashboard