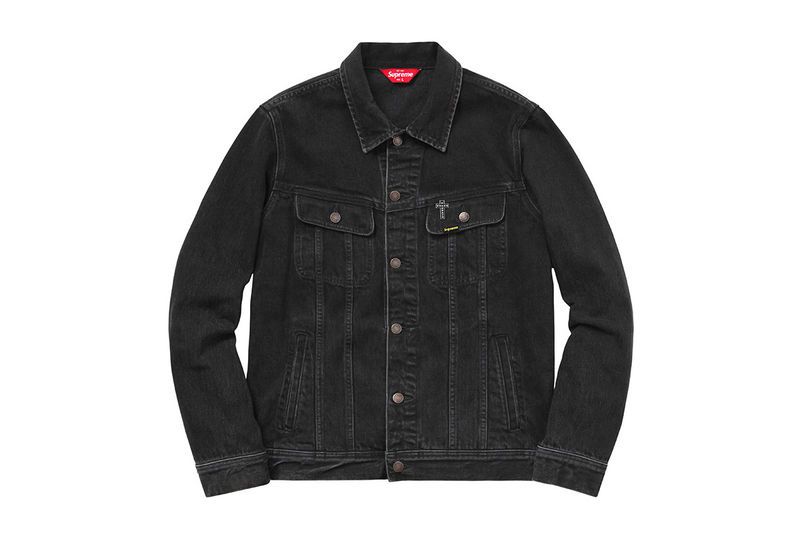 The lineup features the usual streetwear staples including caps, hoodies, parkas and t-shirts with a few unusual pieces such as a rug and a hockey jersey. The New York City skate label was sure to capture the heavy metal band's dark and rebellious aesthetic by including graphics and photography most associated with the band. While the denim trucker jacket features a cover of Black Sabbath's 1970s self-titled debut album, the jersey features typography from the band's fourth album, Vol. 4.