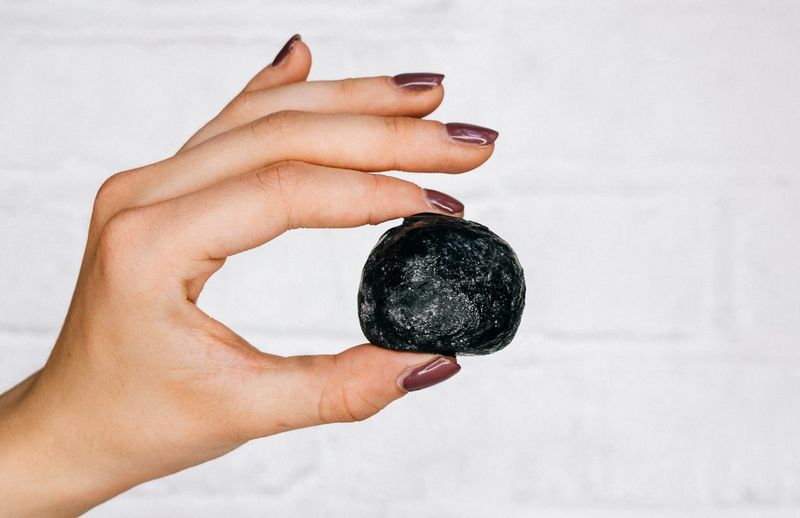 Joey Haar — August 9, 2017 — Lifestyle
References: facebook & metro
Share on Facebook Share on Twitter Share on LinkedIn Share on Pinterest
There's a ton of variety in the coffee industry, but one of the seemingly elemental aspects is that the beverage comes in a cup or mug; with the Black Espresso Mochi from Little Moons, that's no longer the case. The treat is indeed filled with espresso, but it places a shot of the energizing drink inside a sweet rice ball called a mochi (a popular snack in Japan.)

Little Moons' Black Espresso Mochi takes its name not only from the espresso inside it, but also from its coating. The balls are covered in activated charcoal, a hip, Instagrammable ingredient that is touted as a superfood by its supporters. Clearly, Little Moons' treat is designed to not only provide an energy boost, but a social media boost as well.