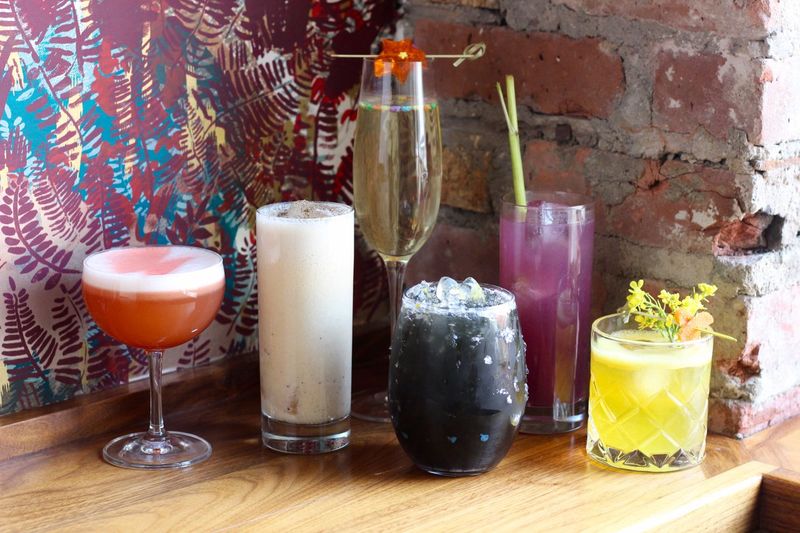 The selection of seven drinks crafted by BKW bartenders Nicole Kanev and Wesley Straton boast bold colors and theatrical elements like color-changing ingredients, edible stars and more. One of the most eye-catching drinks in the collection is the 'Major Tom,' which features a citrus charcoal-infused mezcal, Pimms No 2, Drambuie, grapefruit and honey. Fans of Labyrinth will delight in sipping on 'Jareth the Goblin King,' a cocktail that boasts nostalgic appeal for adults who still see themselves as kids at heart.

The new cocktail menu at BKW by Brooklyn Winery was launched to coincide with an exhibition that's currently on at the Brooklyn Museum, which is centered around David Bowie and artefacts from his career.
2.7
Score
Popularity
Activity
Freshness
Get Trend Hunter Dashboard