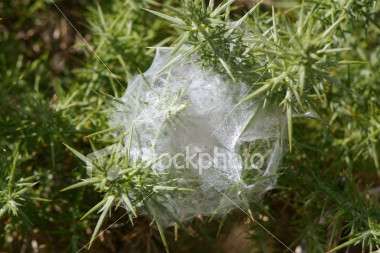 â€œScientists found a molecular receptor, common to all insects that sets off post-mating behaviors like egg-laying and developing a chemical to artificially block its action could stop insect populations,â€ XinhuNet reported.

The discovery was made at the Institute of Molecular Pathology in Vienna, Austria.

â€œIf you had an inhibitor of this receptor, then you could interfere with its function and it would, in effect, be a birth control pill for insects,â€ one researcher explained.

So far they've conducted the study on bugs like fruit flies. If all goes to plan, it could mean the end of setting spider and caterpillar nests ablaze with burning torches each year.

It seems scientists are really hooked on finding population control tactics for other critters in the animal kingdom. Check out birth control for pigeons and squirrels:

25 Tributes to Flies
From Laser-Made Glasses to Designer Flyswatters