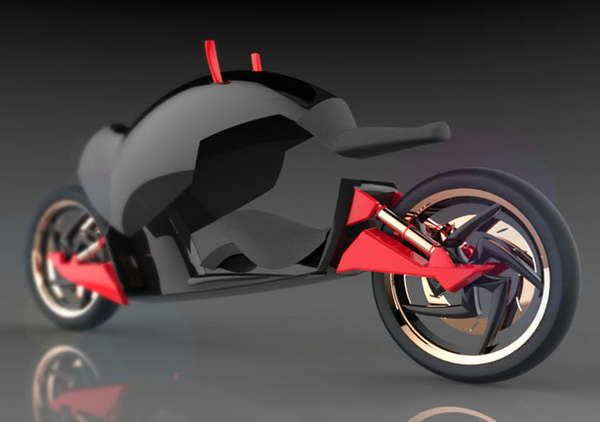 Michael Hines — June 11, 2013 — Autos
References: adamkrz.blogspot & tuvie
Share on Facebook Share on Twitter Share on LinkedIn Share on Pinterest
Adam Krzakala’s Biran motorcycle concept is eco friendly, convertible and designed for the future. For starters, Biran is powered by electricity and features a magnesium frame. It can be ridden in two ways. First, the bike can be ridden traditionally, with the rider exposed to the elements. It can also be ridden like a velomobile, with a windscreen to protect the occupant.

Information about speed, gasoline and other factors is shown on the bike’s cover. The option to convert the Biran motorcycle concept would make it more appealing to those who aren’t totally sold on the idea of exposed riding. Many people have motorcycles as a second transportation option. However, if more motorcycles were convertible, then it’s possible that more people would be content to own a bike without owning a car. This would both clear up clogged roads and benefit the environment.