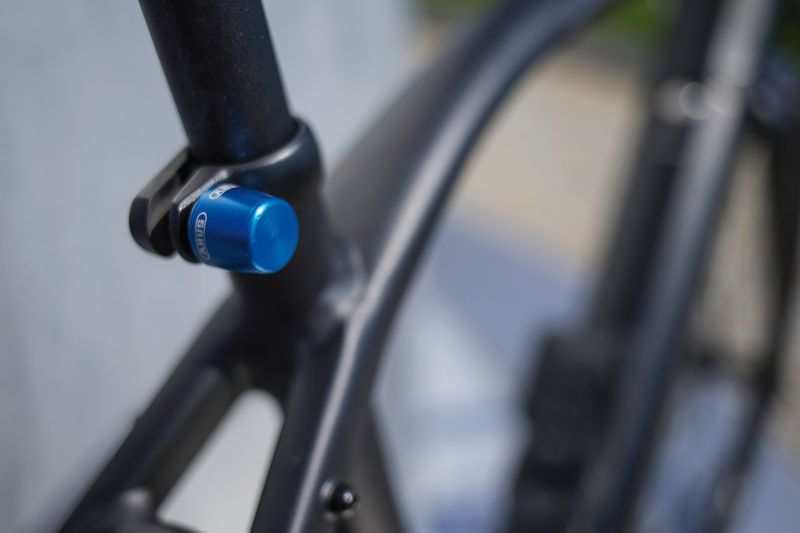 The Nutfix Protects Your Bike's Wheels and Seat From Prying Eyes

It's all well and good using a U-lock to secure your bike to a rack, but that won't prevent more resourceful thieves from scavenging on its seat and wheels, leaving you to be greeted by the sorry sight of a bare carcass of a bicycle upon your return.

This is where the Abus Nutfix bike lock system comes in. This apparatus is designed to frustrate would-be thieves no end, and it does this thanks to a special mechanism that renders it impossible for the locking screw to be released unless the bicycle is made to lie on its side. In other words, when you lock your bicycle upright, it's virtually impossible for the NutFix to be unlocked.

What's great about the Nutfix is that its security is derived from ingenious physical design rather than a phalanx of complicated components, ensuring that it doesn't spoil your bicycle's appearance, but rather spoils thieves looking to ruin your day. More importantly, it's also incredibly easy to install in place using a conventional wrench, ensuring that you never forget or fail to protect yourself against component theft, which is actually more common than theft of whole bicycles.
4.8
Score
Popularity
Activity
Freshness
Get Trend Hunter Dashboard