Biggest Property Development ever in the US 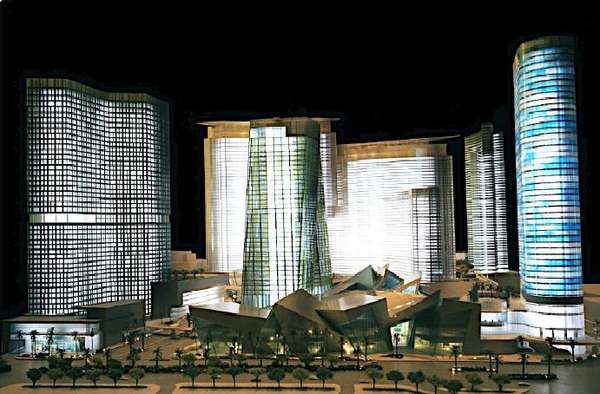 CityCenter on the Las Vegas Strip

Jacob Courtade — January 2, 2007 — World
References: citycenter & en.wikipedia.org
Share on Facebook Share on Twitter Share on LinkedIn Share on Pinterest
At a price tag of over $7 billion, CityCenter is the largest privately financed development in the United States. Located in the heart of the strip, this city within a city is being built on the site of the former Boardwalk Hotel & Casino, between the Monte Carlo and world-famous Bellagio hotels. The developer is MGM Mirage, already the second largest gaming company in the world.

This development will deliver 2,800 luxury condominium units and close to 5,000 hotel rooms amongst six new towers. When complete, the complex will employ approximately 12,000 people and even have an on-site power plant, fire station and internal transportation system. This project will mark the first entry of famed luxury hotel operator Mandarin Oriental to the strip, running one of the new towers as a 400 suite hotel and 200 unit condominium.

Finally, it is reported that MGM Mirage is planning on developing a new Cirque du Soleil show, Elvis, that is set to premiere at CityCenter on its opening day in 2009.
4.2
Score
Popularity
Activity
Freshness
Access Advisory Services