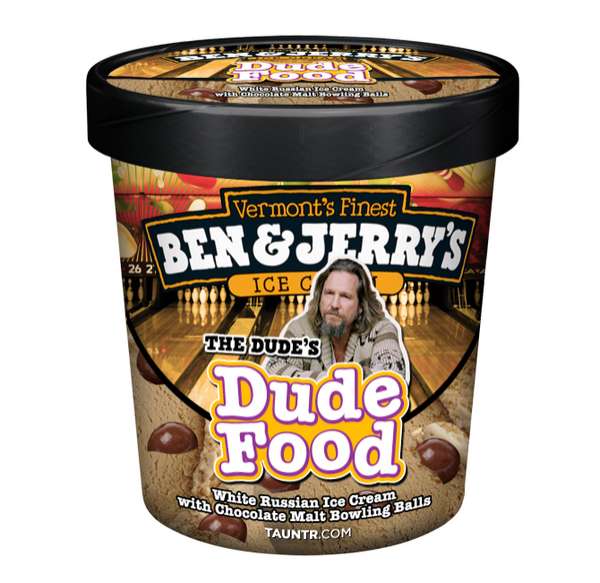 The Big Lebowski is a movie by the Coen Brothers that tells a story of a character named The Dude, who is mistaken for a millionaire of the same name. The movie has garnered a cult status, so it’s safe to say that the announcement of a dessert in honor of the most infamous slacker in cinematic history. As expected, the flavor of the Big Lebowski Ice Cream is white Russian, which is a favorite of The Dude’s. It also has chocolate malt “bowling balls” that will really tie your taste buds together. No one can ever be out of their element eating this.
2.7
Score
Popularity
Activity
Freshness