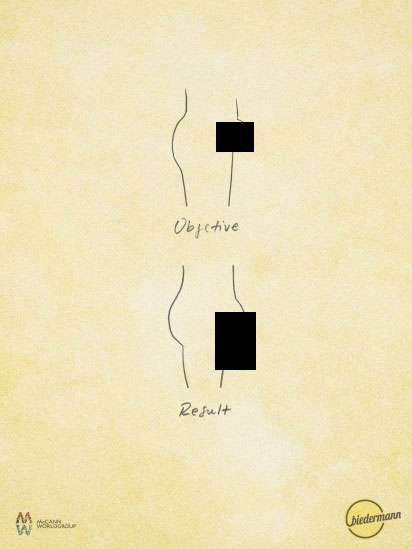 The Biedermann McCann Print Ads Gets You Thinking Big

Meghan Young — July 15, 2011 — Naughty
References: mccannworldgroup & ibelieveinadv
Share on Facebook Share on Twitter Share on LinkedIn Share on Pinterest
As much as you might be initially shocked by the Biedermann McCann ad campaign, it really will grab your attention. Funny enough, although it is not showing the real thing, and by thing I'm obviously referring to private bits of human anatomy, you still can't help but blushing just a bit after having been exposed to it.

Although the point of the Biedermann McCann ad campaign is to grab your attention, it is also to convey one very important message: think big. Although it isn't said in such an apparent manner like a tagline, the Biedermann McCann ad campaign is showing that with their marketing genius, they will be getting their clients to see the bigger picture by focusing on what really matters: ideas rather than budget, results rather than objective and proposals rather than briefs.
4.4
Score
Popularity
Activity
Freshness
Get Better and Faster