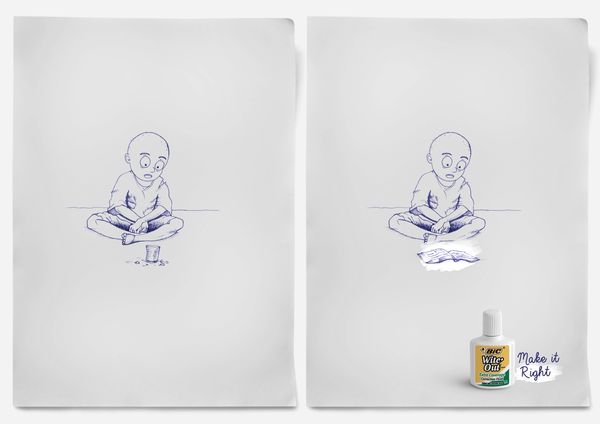 The Bic Wite Out Campaign Urges People to 'Make It Right'

Meghan Young — March 14, 2014 — Marketing
References: adeevee
Share on Facebook Share on Twitter Share on LinkedIn Share on Pinterest
The Bic Wite Out ad campaign revolves around a few hilariously illustrated scenarios, each of which could have suffered a pretty terrible ending. For instance, a woman is either approached by a man with a knife or a bouquet of flowers. In another scenario, a car is about to run over a big pothole or a regular stretch of road. In each case, the scenes are been corrected with the help of some trusty Bic Wite Out. If only real life were as easy.

Conceived and executed by Flametree, an ad agency based in Nairobi, Kenya, the Bic Wite Out ad campaign was art directed by Yash Deb with creative direction by Jimmy Geeraerts. The images were both designed and illustrated by Eric Mwaniki. The tag line reads, "Make it right."
4
Score
Popularity
Activity
Freshness
Get Better and Faster