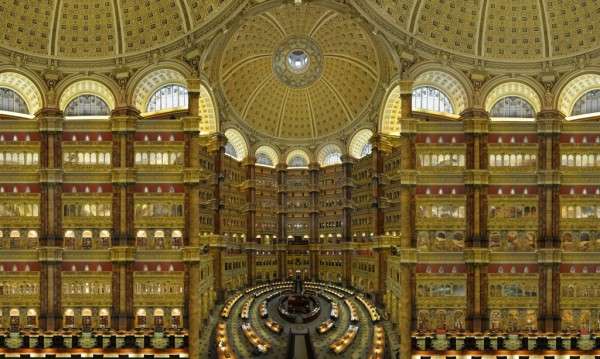 Meghan Young — April 5, 2013 — Fashion
References: rauzier-hyperphoto & trendland
Share on Facebook Share on Twitter Share on LinkedIn Share on Pinterest
The Bibliotheques Ideales photo series depicts ideal libraries from around the world. A spectacular feat both photographically and architecturally, the images are at once hugely realistic and imaginative. Impossibly symmetrical, people may believe they are mirrored images at first. Nevertheless, there are telltale differences on each side that suggests otherwise.

Known for his hyper-photography, JF Rauzier's Bibliotheques Ideales photo series is just as spectacular as his past work, which straddles the line between realism and surrealism.
1.7
Score
Popularity
Activity
Freshness
Get Trend Hunter Dashboard