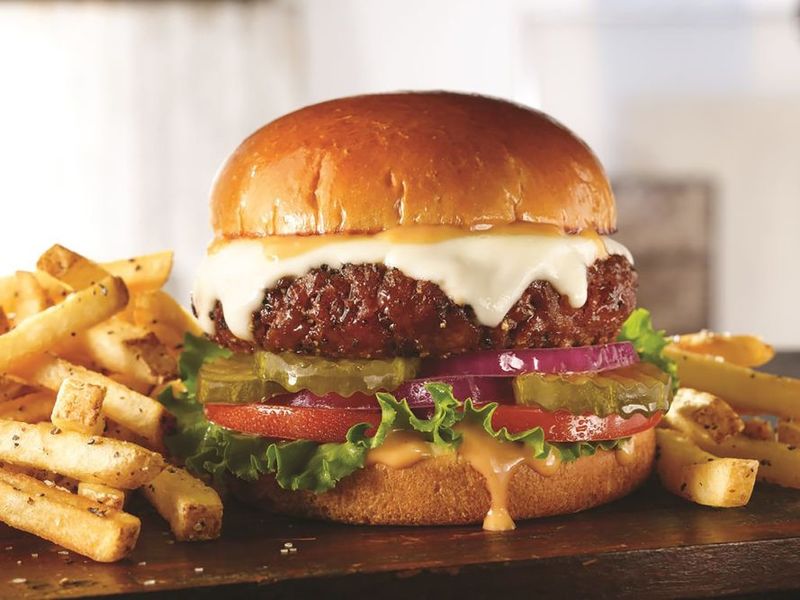 TGI Friday's is Adding Beyond Meat's Vegan Burger to Its Menus

Ellen Smith — November 29, 2017 — Lifestyle
References: beyondmeat
It can be difficult for vegans to enjoy a meal out with friends, as most fast food chains struggle to accommodate the more conscious lifestyle, which is what makes Beyond Meat's vegan burger the perfect alternative as it both looks and tastes like real beef. In order to be more accessible to vegans and vegetarians, TGI Friday's will begin retailing this vegan patty in over 465 restaurants across the United States.

A few weeks prior, Beyond Meat announced the vegan burger would be trialing in select TGI Friday's locations. The nationwide roll out of these burgers speaks to the success of the brief trial, making TGI Friday's the largest chain restaurant to partner with the plant-based company.
4.7
Score
Popularity
Activity
Freshness