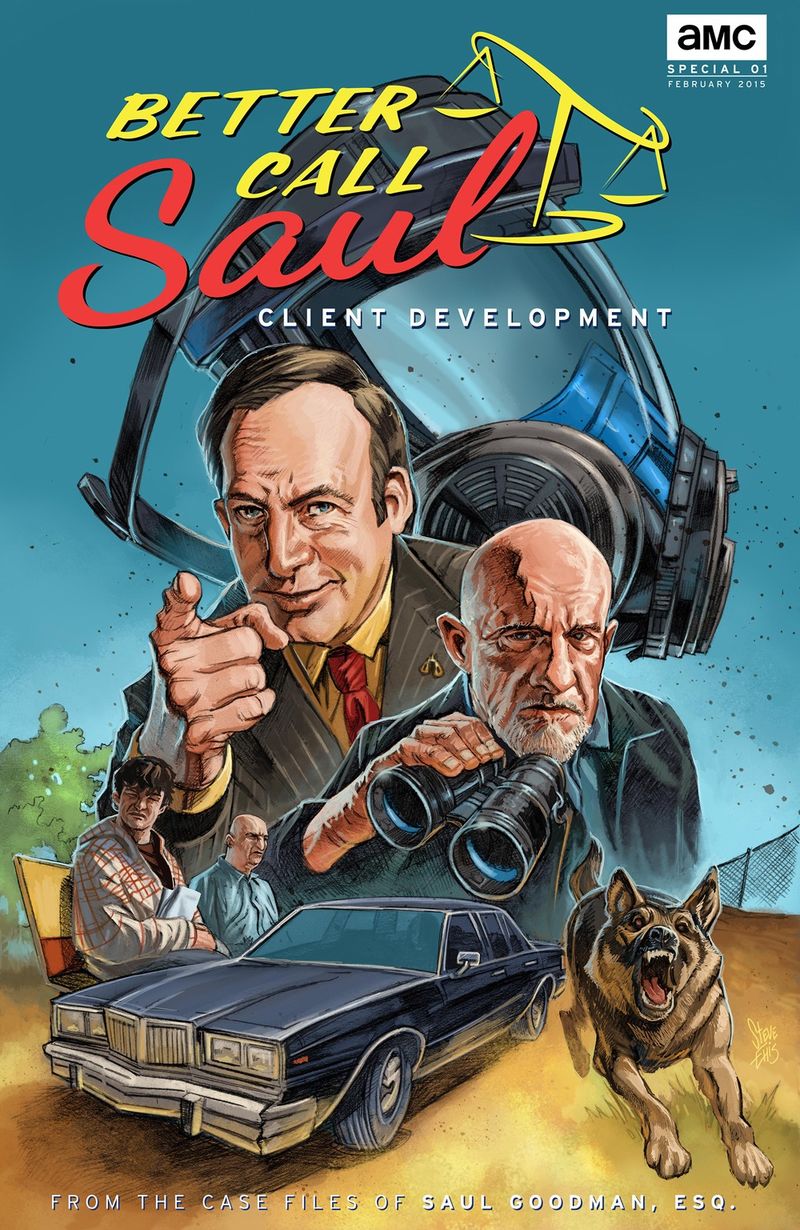 Meghan Young — February 5, 2015 — Pop Culture
References: amctv & mashable
Share on Facebook Share on Twitter Share on LinkedIn Share on Pinterest
Those who can't wait until the series premier of 'Better Call Saul,' the highly anticipated spin-off of 'Breaking Bad,' will be excited to know that a digital comic book is being released in the meantime. Detailing the history of Saul and Mike, it specifically spins off of the 'Breaking Bad' episode that introduces Saul to its riveted audience.

Mac McKean, senior vice president of digital media and content for AMC, says, "That episode is complete as it is but there was an opportunity there ... to unpack something from that episode that directly leads us into Better Call Saul." Although not necessary to read to understand the upcoming show, the Better Call Saul comic adds an extra layer that fleshes it out.
2.8
Score
Popularity
Activity
Freshness
Attend Future Festival Virtual