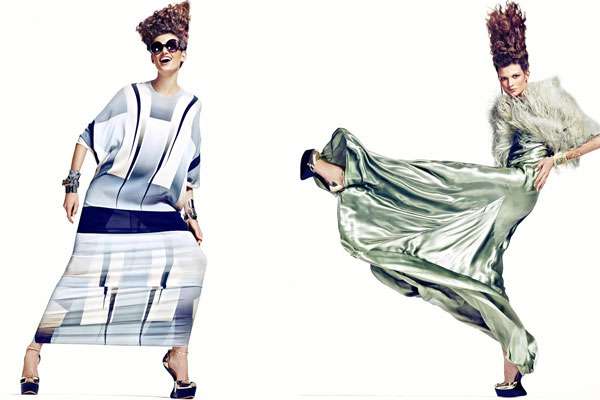 Meghan Young — March 24, 2012 — Fashion
References: vogue.nl & fashiongonerogue
If the Bride of Frankenstein (or Marge Simpson) were a flapper, they would rock the same looks that are found in the Bette Franke Vogue Netherlands editorial. The standup hair (literally) is reminiscent of these two iconic characters, adding a modern touch to the vintage-inspired ensembles. From artfully windswept to slantedly sheared off, the hairstyles are funky and quirky.