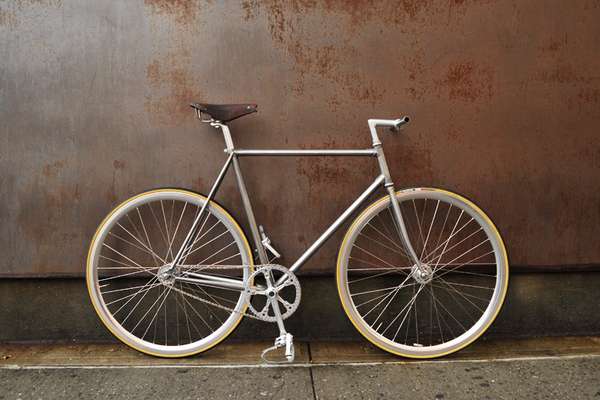 Meghan Young — April 16, 2011 — Lifestyle
References: bertellibici & coolhunting
Share on Facebook Share on Twitter Share on LinkedIn Share on Pinterest
Biking season is in full effect and that might mean updating your cycle game; if so, I suggest you look no further than Bertelli Biciclette Assemblate for your new bicycle. These custom and minimalist cycles are works of art that will not only take you from point A to point B, they'll also do so in style.

Founded by Francesco Bertelli, the Bertelli Biciclette Assemblate workshop is based in New York City. There, Bertelli builds one-of-a-kind bikes using dead stock and vintage parts. He even collaborated with Norwegian track frame manufacturers Viking to produce his own frame variation in a custom anthracite colorway.