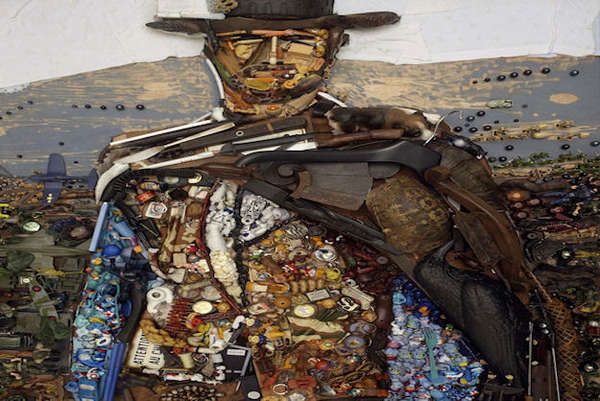 Pras drew inspiration for his creations from other artists like Giuseppe Arcimboldo, a 16th-century Italian painter who was well known for painting portraits of characters composed objects like flowers, fruits and vegetables.

In his latest creations, Pras took prominent figures from pop culture and turned them into extravagant anamorphic. Some of the portraits, such as the one of Jack Nicholson, actually look like a picture of a decorative bento box. Others, such as the Clint Eastwood depiction, even incorporate backgrounds like look amazingly realistic despite being composed of amalgamated bits of garbage.

Most people are familiar with the phrase "One man's trash is another man's treasure," but Bernard Pras and his fantastic sculptures made from scraps definitely take the saying to an unprecedented extreme.
3.3
Score
Popularity
Activity
Freshness
View Innovation Webinars