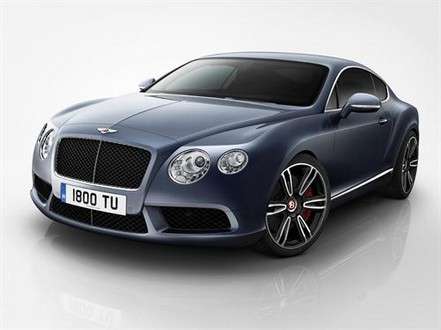 Rebecca Byers — January 12, 2012 — Autos
References: carscoop.blogspot & motorward
Share on Facebook Share on Twitter Share on LinkedIn Share on Pinterest
The Bentley Continental GT V8, released at the 2012 NAIAS, is a lite version of the Bentley Continental GT. The V8, available as a coupe or convertible, is the product of Bentley’s challenge to itself to improve the Continental’s fuel efficiency by 40%.

The Bentley Continental GT V8 has a new 4.0 liter, twin turbocharged engine that, while already economical, also makes the car lighter, adding to its fuel efficiency and overall, meeting the goal of a 40% improvement compared to the W12 model. While some consumers worried the lite version wouldn’t measure up to the speed and torque of the W12, the coupe has the capability to go from zero to 60 mph in 4.6 seconds and a top speed of 188 mph.

Previously, Bentley’s vehicles have been equipped with a 6.75 liter engine in the case of the V8 and a 6.0 liter engine for the W12.
3.1
Score
Popularity
Activity
Freshness
View Innovation Webinars