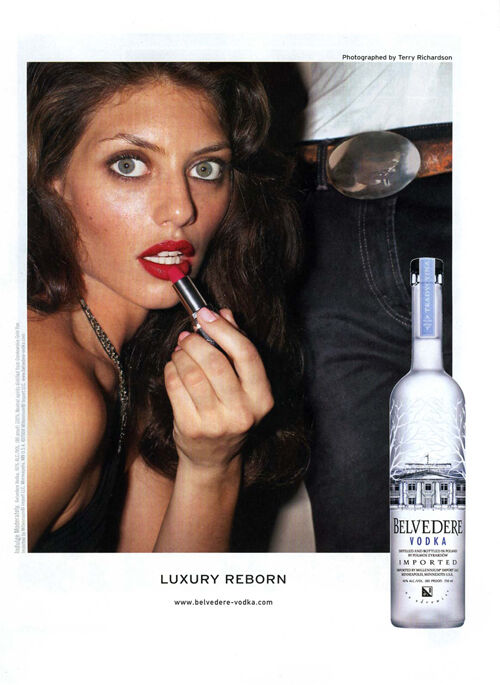 I guess my surprise stems from the fact that the risqué "rebirth of luxury" ads for Polish vodka brand Belvedere are not only running inside magazines, but are out in the streets for all (including kids) to see. The suggestive campaign (shot by Terry Richardsonis off Intimately Beckham Night fame) is currently displayed on subway boards in the Broadway/Lafayette station in consequent billboards that clearly suggest an oral act.

I am all for creative and artistic freedom, but when something is displayed in public streets, it is a very different story.

An earlier campaign for Campari starring Salma Hayek (with a focus on the cameo appearance by her big rack) went with a rather obvious "bottle-as-erect-penis" strategic positioning that is very suggestive of a naughty act.

A fun trivia is that the male star of the Belvedere ads is none other than Vincent Gallo who acted in and directed "Brown Bunny". The movie which included the infamous controversial real oral scene with actress Chloë Sevigny.

What do you think, is it justifiable art or does it cross the line for public consumption?