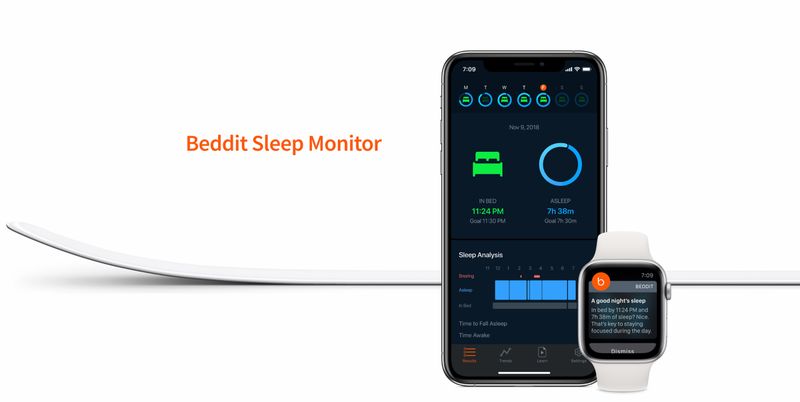 Apple is Launching a Beta program for its Beddit App

Members of the beta program will also be providing feedback and sharing data. Participation is completely voluntary and users are able to remove themselves from the program at any time. Requirements for participation in the program are that users have U.S. residence, have the Beddit Sleep Monitor model 3.5, and be between 22 and 75 years of age.

Apple's interest in sleep monitoring goes far beyond the Beddit app. The company's interest dates back to the launch of the 'Bedtime' feature in the iOS Clock app, which was included in iOS 10.