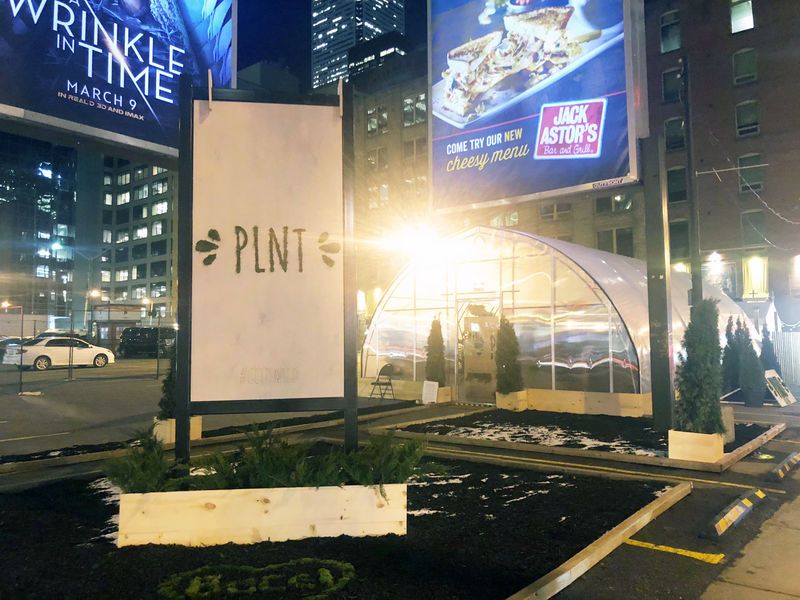 Becel Opened a Pop-Up Eatery Made Entirely from Plants

Tony Spagnolo — March 7, 2018 — Lifestyle
References: becel & instagram
Share on Facebook Share on Twitter Share on LinkedIn Share on Pinterest
With the rising popularity of vegetarian and vegan lifestyles, Becel partnered with chef Matt Dean Pettit and lifestyle expert Jillian Harris to launch a branded pop-up vegetarian restaurant called 'PLNT.' The pop-up was located in downtown Toronto from February 28th to March 1st. All guests were required to reserve their seats in advance for a cost of $22, which was donated to the Heart and Stroke Foundation.

The greenhouse-inspired design combined lush plant life with raw wood elements. A single, long dining table surrounded by 24 wood stump stools was accented by branded centerpieces containing a variety of herbs and the event hashtag #getPLNTed. Everything in the space including the plates, cutlery and waiters' uniforms were plant-based—and even the menus could be planted to produce basil.

This branded pop-up event was created to promote a plant-based diet using Becel products to lead a healthier lifestyle, which also benefits the environment.
6.7
Score
Popularity
Activity
Freshness
Get Better and Faster