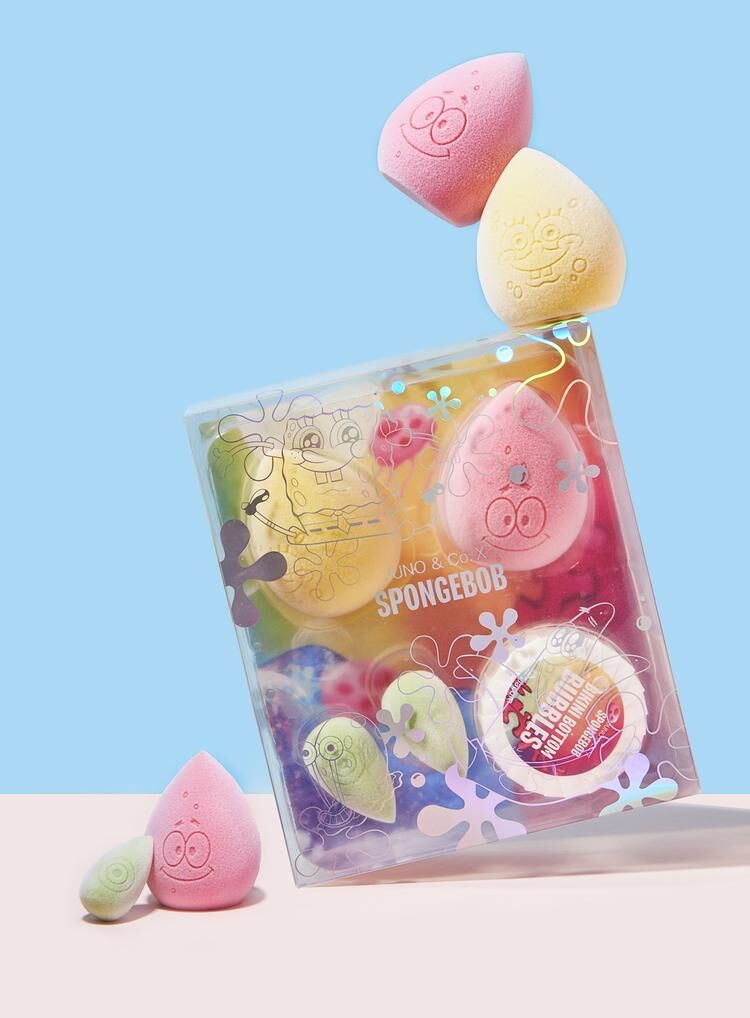 Laura McQuarrie — August 10, 2020 — Fashion
References: junoco & allure
Share on Facebook Share on Twitter Share on LinkedIn Share on Pinterest
The JUNO & Co. x SpongeBob: Bikini Bottom Bundle includes a series of colorful beauty sponges that take after some of the most beloved characters from SpongeBob Squarepants. In the bundle, there's one Microfiber SpongeBob Sponge, one Microfiber Patrick Star Sponge, a Bikini Bottom Bubbles Soap Bar and a small Gary Duo that mimics the look of the snail character's set of eyes.

Each uniquely shaped sponge offers different benefits, which are likened to the characters' traits. While the dewdrop-shaped Microfiber Patrick Star Sponge is described as loyal and reliable for controlled stippling, the Microfiber SpongeBob Sponge reminds of the yellow character's porous qualities. Also an essential part of the set is the Bikini Bottom Bubbles Soap Bar, which is useful for keeping all of the makeup tools free from dirt and grime.