Hitting With Words
Next
Set of
Related
Ideas 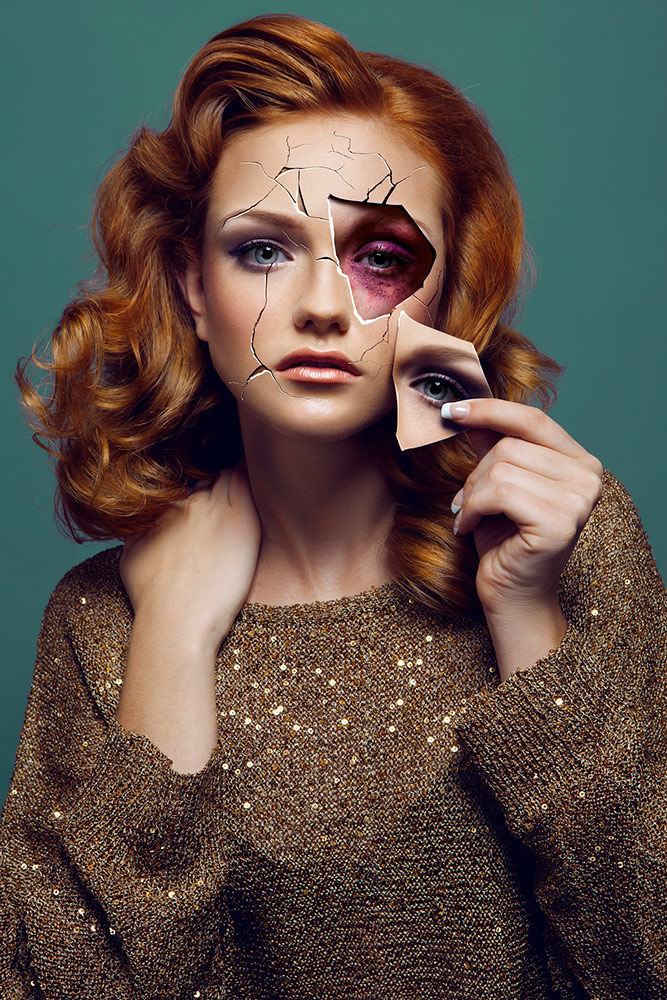 'Bruised Behind the Mask' Comments on Domestic Abuse

Daryna Barykina — May 26, 2015 — Art & Design
References: instagram & darynabarykina
Share on Facebook Share on Twitter Share on LinkedIn Share on Pinterest
As an artist, Daryna Barykina visually tries to capture the essence of contemporary society. Themes explored through images are those that depict the often hidden but devastating effects of modern life. Barykina's goal is to create controversial images that provoke conversation. Through the use of bold colors, photo manipulation and retouching techniques, the artist builds a vernacular between the artist and the viewers. This series from Barykina explores one of the ubiquitous social issues – domestic violence.

When Barykina first moved to the United States three years ago, there was immediate shock at the scale of tragic social impact caused by this social problem. Barykina was also impressed by the level of effort put into raising awareness and helping victims cope and overcome. Unfortunately, these subjects are not spoken about and often suppressed.

In this series, the damage and devastation of domestic violence is revealed behind a facade. The subject is portrayed as a fragile porcelain doll concealing her bruises behind a mask of normalcy. Every morning she "glues" herself together. Every evening there are more shattered pieces. This cycle repeats again and again, becoming more and more degrading with every incident. Barykina was inspired to create the concept of domestic violence following a news story of the 212-pound NFL football star, Ray Rice who battered his 115-pound girlfriend and then dragged her limp body into the lobby. He received only a "slap on the wrist" for this act of violence.
6.7
Score
Popularity
Activity
Freshness
Get the 2021 Trend Report FREE