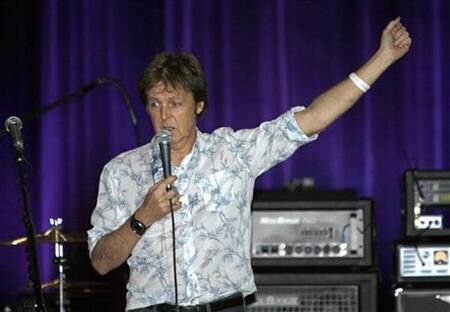 Downloadable Album To Debut in 2008

"It's all happening soon," McCartney said. "Most of us are all sort of ready. The whole thing is primed, ready to go -- there's just maybe one little sticking point left, and I think it's being cleared up as we speak, so it shouldn't be too long.

One of the main reasons the Beatles have remained popular over the decades is due to their ability to evolve with the times. It looks like they'll continue to do so as McCartney plans to join other celebrities who have recognized that in order to survive in the music industry today, artists must begin distributing on the web.

"The solo catalogues of all four Beatles have been available for download since October, when the music of George Harrison went digital," Reuters reported. "Apple has not said when it expects to release the Beatles' catalogue, though the market has been expecting it since the trademark settlement in February."

Change with the times, and maintain your fans through the times? It looks like it's worked so far, but McCartney has been a little resistant.

"You've got to get these things right," he said. "You don't want to do something that's as cool as that and in three years' time you think, 'Oh God, why did we do that?!"
1.3
Score
Popularity
Activity
Freshness
Jeremy Gutsche Keynote Speaker