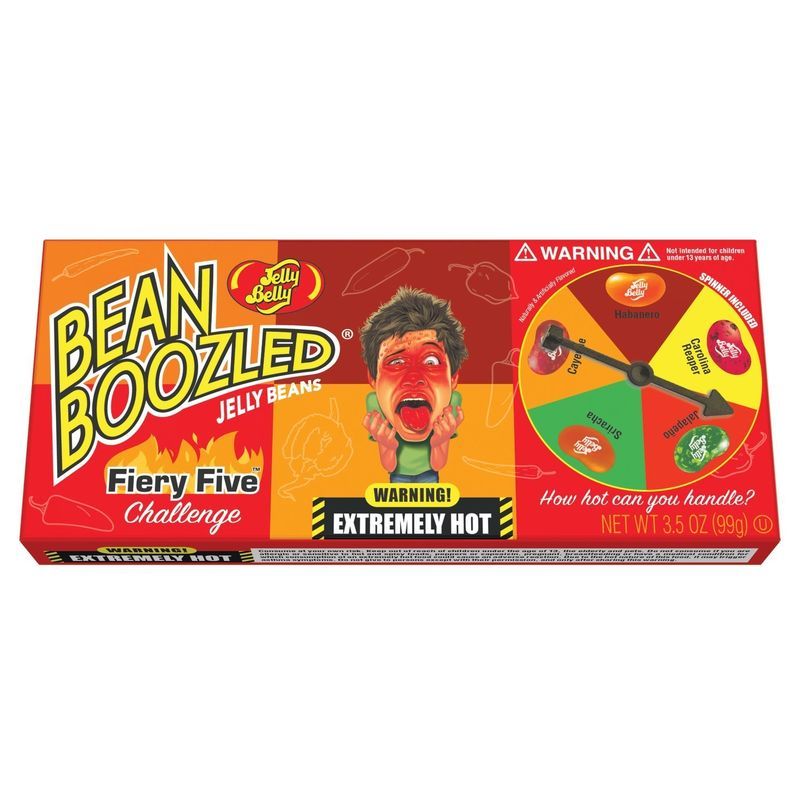 BeanBoozled Fiery Five boasts a selection of true-to-life flavors based on sriracha, jalapeño, cayenne, habanero and of course the Carolina Reaper, which is recognized as one of the world's hottest peppers.

While some people may be able to handle the heat, BeanBoozled Fiery Five is only recommended for people over the age of 13 and the packages come with warnings. As Rob Swaigen, VP of Global Marketing for Jelly Belly says, "We want everyone to have a good time with BeanBoozled Fiery Five, but we recognize that some people may need to tap out as they move through the menu."