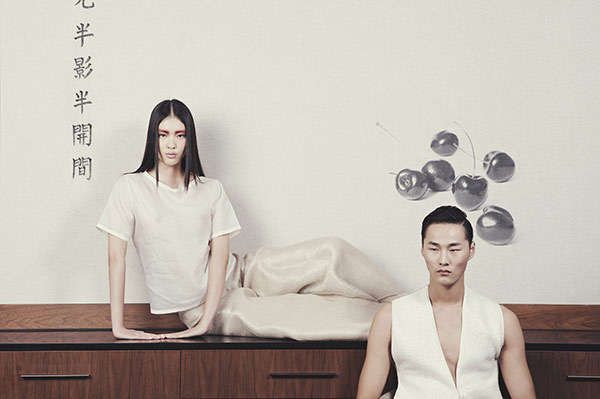 Meghan Young — June 5, 2013 — Fashion
References: matthieubelin & behance.net
Share on Facebook Share on Twitter Share on LinkedIn Share on Pinterest
Quiet and calm, the Bazaar Art China 'Zen Awakening' editorial is aptly titled. As though entertaining a meditative spirit, the models coexist softly in surroundings and outfits that celebrate their exotic heritage. Whether it is the warmth of wood or the starkness of ivory clothing, the imagery will mesmerize audiences immediately.

Shot by Matthieu Belin, a French photographer based in Shanghai, China, the Bazaar Art China 'Zen Awakening' editorial could also be considered a interpretation of the iconic ying yang symbol with the female and male models embodying one or the other. Despite what appears to be a lack of emotion between the two, there is a tenderness that is undeniable.