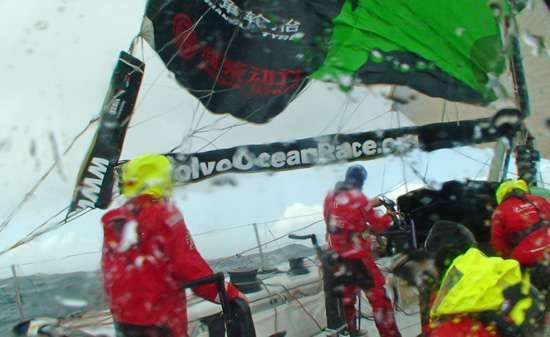 This past weekend, the teams arrived in Chochin, India for their second of ten stops. The Volvo Ocean Race takes about nine months to complete and covers over 37,000 nautical miles.

As they travel, the crews must battle bad weather and fatigue--both their own and that of their boats. En route to India, the sailboats also had to dodge all those pesky pirates off the coast of Somalia.

On this leg of the race the Green Dragon, skippered by Ian Walker, has had its boom broken and a leaking daggerboard case. The whole boat has been knocked on its side three times. It's no wonder the Volvo Ocean Race is referred to as the 'Everest of Sailing.'
3.5
Score
Popularity
Activity
Freshness
Jeremy Gutsche Keynote Speaker