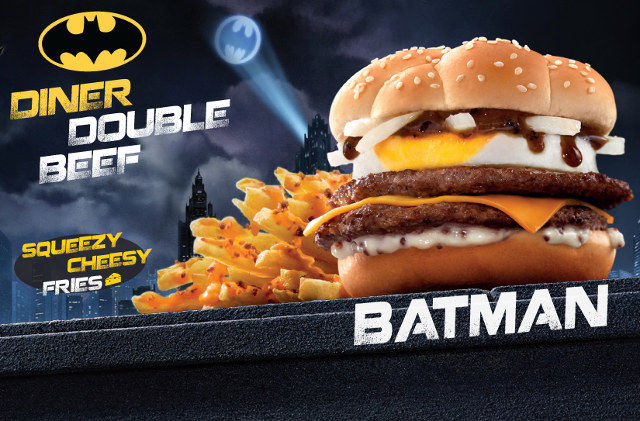 Called the Batman Diner Double Beef, the burger appears to consist of two patties, cheese, an egg patty, onions and two different types of sauce. The Batman hamburger is marketed as part of a combo consisting of sparkling green apple tea and "squeezy cheesy fries"– fries that come with a package of cheese sauce and bacon flavored bits.

Those who aren't fans of Batman will eventually have more options of superhero-themed hamburgers to choose from, as the Batman burger is only the first in a line of Justice League-themed meals, with the McDonald's Hong Kong website suggesting the eventual release of a Superman burger, a Flash burger and a Green Lantern burger.
4.1
Score
Popularity
Activity
Freshness
View Innovation Webinars