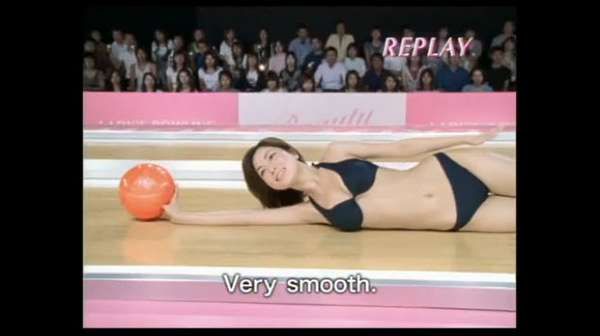 Elsa Blaine — May 17, 2009 — Marketing
References: advertolog
Share on Facebook Share on Twitter Share on LinkedIn Share on Pinterest
Bathing suits, bowling and a pretty girl, what more can you ask for in a beauty product ad campaign? This hilarious commercial for Esthe WAM hair remover, originally shot in Japanese, is subtitled but it’s the video itself that creates the fun.

The star, a pretty girl in a black bikini, is in the final frame of a big bowling competition (go figure), one where she in fact does not hurl the ball, but follows along down the alley with the ball firmly locked in her fingers.

According to the commercial, if she had used the WAM hair removal product, the outcome would have been more favourable.
3
Score
Popularity
Activity
Freshness
View Innovation Webinars